This section looks at barriers key actors in the HVAC&R sector encounter in carrying out their work and, consequently, in achieving better maintained, more efficient buildings. The survey asked participants about twelve barriers that were adapted from a range of industry and academic literature. The barriers covered issues such as disruption, budget, documentation, limitations of existing kit and building materiality, lack of time and interest on the part of owners.

All twelve options were considered as barriers in perusing better maintenance practices, although some were more significant than others. Lack of budget is seen as a highly significant barrier across all participants. Lack of interest from the owner, effects of building age on the difficulty of upgrades, and a desire to avoid disrupting tenants were the next three most significant barriers. 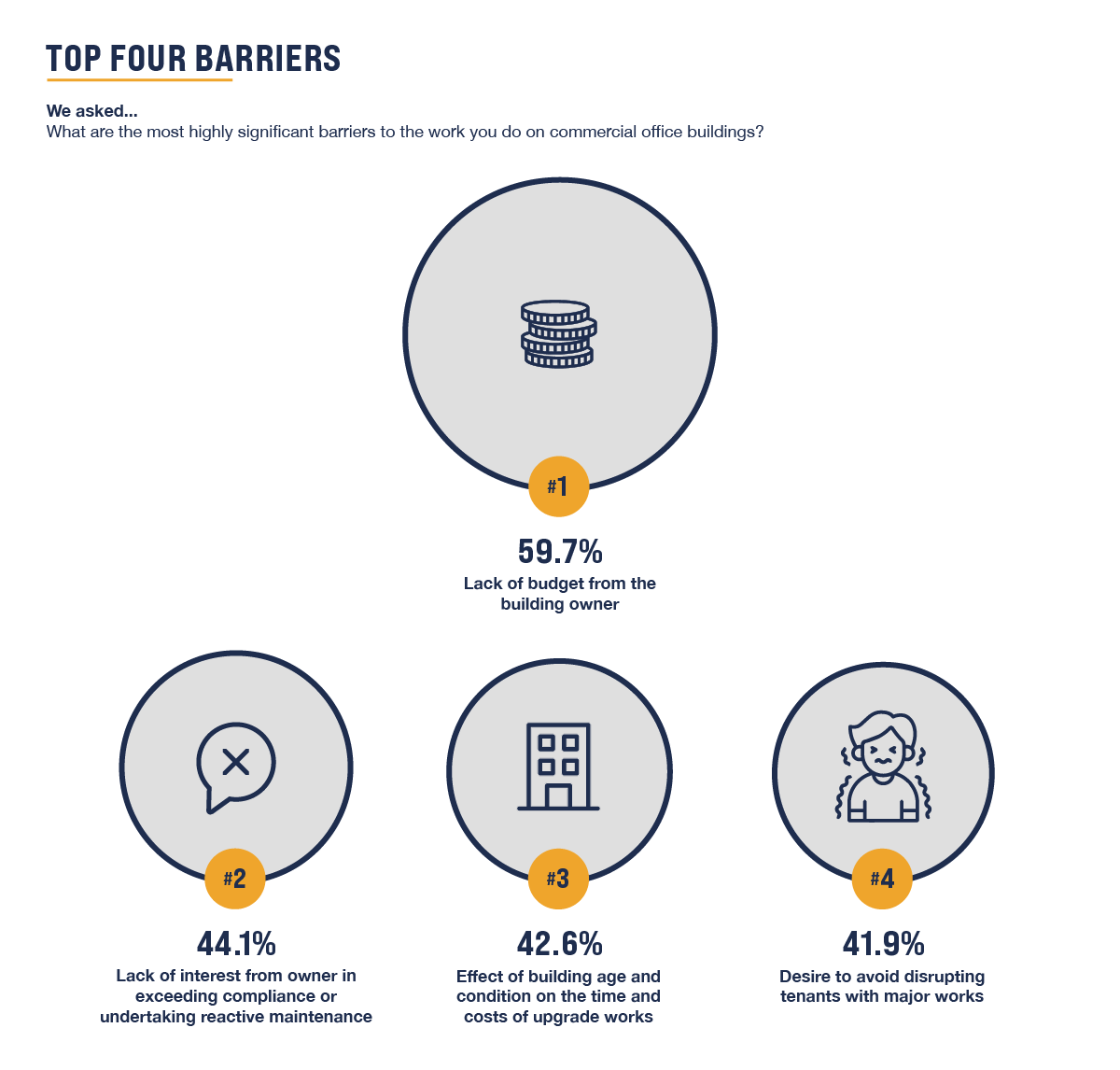 There was a reasonable consistency of responses to the different barriers across the role types, although there are some deviations to note. For instance, contractors and engineers were more likely to cite a lack of budget from building owner as highly significant. Facilities Managers were also less likely to cite a lack of interest from the owner in exceeding compliance or undertaking reactive maintenance as being a significant barrier when compared to other role types.